END_OF_DOCUMENT_TOKEN_TO_BE_REPLACED

Game of Thrones is one of the most popular TV shows in history. The show has a large cast of characters, each with their own unique weapon. We’ve compiled a list of the best spears in the game to help you decide which one to use when you’re playing your next fantasy battle.

Spears, which were originally intended to be used on horseback, have found a home in video games as a weapon that can maintain distance while still doing damage.

Spears are the main source of Thrusting damage in Dark Souls, which is useful for breaking past opponent defenses.

There are a total of 10 spears in the game, so let’s see how they measure up against one another.

There isn’t nearly enough here to warrant farming opponents simply for the sake of obtaining it.

Granted, it isn’t all that bad. But it’s so unremarkably mediocre that it’ll be overshadowed by every other spear option in the game.

It may seem ridiculous to use, but it is still a weapon.

And if you have the power to compensate for its flaws, the Four Pronged Plow may offer enough ridiculous entertainment to make you forget that you might be doing a lot better.

How to get it: Wooden Scarecrows drop it in the DLC regions.

The Winged Spear has a fantastic design. Its basic design has a genuine charm about it, and it suits Lordran’s dark fantasy world well.

It has a good range, but all spears do.

Yes, it can do the job, but not as well as its other pointed competitors — despite having a somewhat greater base attack.

The true sadness is that it’s heavier than other spears and takes a little more effort and dexterity to wield well.

Furthermore, it does not scale well.

It’s more about looking cool than being effective with damage while using this.

It does, however, seem to be cool.

How to Get It: In the cemetery adjacent to the Firelink Shrine, beside a large tombstone.

The most basic “Spear” is a wooden stick with a pointed metal end that is used to poke opponents until they die.

This weapon’s description is the most basic explanation of a spear.

While this variant lacks many additional powers or attributes, it is very dependable and can strike from behind a shield.

Because it can be used while concealing, the Spear in DS1 is an excellent weapon for novices.

It’s a fantastic opportunity to get your feet wet with Dark Souls and figure out what the game expects of you.

How to get it: It drops from Undead Spear Soldiers and can also be bought from the Undead Merchant.

The letter ‘Z’ is used in an unusual way in the name, but it’s still a good weapon.

The PartiZan is a step up from the standard spear, having a bit more reach and punch.

It may also deliver normal damage in addition to the thrust damage that spears are renowned for.

This monster also has a cool sweeping attack for crowd control, and it may be improved according to the player’s preferences.

There isn’t much to say about the Partizan, but that doesn’t rule out the possibility of it being a dependable weapon.

This spear is just as handy as the original – plus it’s a fantastic stepping stone to bigger and greater things.

How to get it: In the Darkroot Garden, in a secret place.

In DS1, the Pike, Partizan, and Spear are all very similar.

They constitute a so-called “Spear Squad.”

The Pike, on the other hand, is the best of the three, having a decent range and the most potential damage (if you alter your character’s attributes and improve it).

It requires a little more strength and stats, but it’s usually well worth the effort.

If you prefer basic polearm weapons, any of the Spear Squad members would suffice.

The Pike, on the other hand, is the best-adjusted of the three, and may probably be worn for much longer.

How to get it: Go to Andre of Astora in the Undead Parish and buy it.

5. Spear of the Silver Knight

The Silver Knights of Anor Londo are a treasure trove of high-quality gear.

Swords, shields, large arrows, and, of course, a spear are among the weapons they drop.

As a result, the Silver Knight Spear is an excellent weapon.

What makes it unique is that it is the only weapon in the game that possesses Divinity yet does not need the Faith stat.

This means you can kill undead creatures like skeletons without their resurrecting, all while maintaining your stat build.

The Silver Knight Spear also has a great range, maybe the greatest in the game.

With this weapon, keeping a safe distance between you and whatever is attempting to devour you is a breeze.

Silver Knights, we salute you!

How to get it: Silver Knights in Anor Londo drop it.

Spears are usually used by those who have high strength or dexterity.

There are two magnificent spears, though, that cater to the magically inclined, enabling everyone to partake in the pleasure of spears (Spleasure?).

One of these spears is the Moonlight Butterfly Horn.

This weapon, which is based on the same-named monster, does only magical damage and scales well with intellect.

The Moonlight Butterfly Horn is your jam if you’re all about casting spells and want a weapon that can handle the moments when you want to get right up in your enemy’s face.

It’s quite simple to acquire, especially if you’ve been using a spear up until that boss.

Apply the Soul of the Moonlight Butterfly to any +10 spear to get it.

3. The Trident of the Channeler

The Moonlight Butterfly Horn is rather easy to acquire, but the Channeler’s Trident (the second magic-based spear) is a whole other story.

It necessitates a large amount of time spent farming late-game opponents who drop the spear at a very low rate.

But if you’re a magician, it’s all worth it.

It was well worth it.

The Channeler’s Trident is superior than the Butterfly Horn since it can inflict both magical and physical damage.

It has the same magical damage as the Moonlight Horn, and its physical damage is also extremely excellent.

This means you’re suddenly capable of dealing with any foe, even those who would usually be immune to magic harm.

Even better, if you play co-op, you may dance to increase the damage done by the party!

How to get it: Channeler foes in The Duke’s Archives and the Undead Parish drop it as a very uncommon drop.

2. The Spear of the Demon

The main advantage of utilizing a spear is that it enables you to maintain a safe distance from your opponent.

The Demon’s Spear excels at using this strategy.

This vertebrae-shaped polearm is the game’s longest spear and has the greatest reach to keep you safe while your opponents suffer.

Even better, it does lightning damage, which is one of Dark Souls’ finest all-around aspects.

It has good scaling, but the basic strength and amazing reach more than make up for that little flaw.

Use this amazing spear to showcase your insulting poking skills.

How to get it: Shiva of the East sells it.

1. Spear of the Dragonslayer

So you’ve made it to Orenstein and Smough, but you’ve died.

Isn’t that a lot?

And I’m willing to wager that Orenstein’s massive, awesome spear was responsible for at least one of those fatalities.

Despite all the pain it brings, it’s a spear that makes you want to use it.

The good news is that you can!

The Dragonslayer Spear is created by stuffing Orenstein’s soul inside a +10 spear.

In your hands, this bad boy is just as cool as it was in Orenstein’s.

The Dragonslayer Spear also has a great range and can fire lightning bolts! It’s also an element of lightning.

And this weapon scales nicely for a variety of builds, including Faith-based ones.

So, if you’re like spears, keep an eye out for this one.

It’s strong, stylish, and gets the job done.

How to get it: The Soul of Ornstein may be used to boost any +10 spear.

The ac valhalla best spear build is a guide that has been written to help players find the best spears in the game.

Who is the best at Spears?

The best at Spears is the person who can throw a spear furthest.

Who hits the best spear in WWE?

Who is the god of spear in WWE?

The god of spear is the WWE wrestler, Samoa Joe. 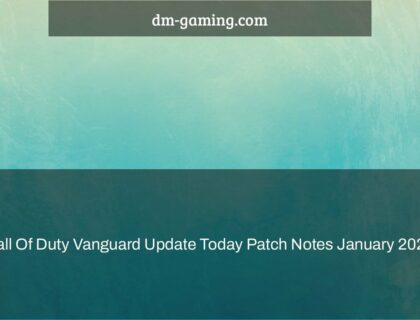 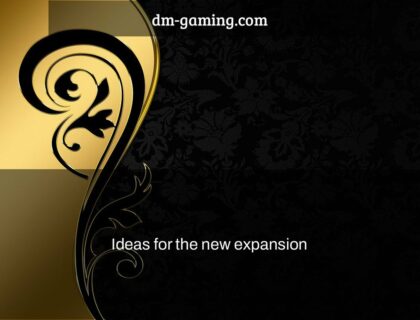