END_OF_DOCUMENT_TOKEN_TO_BE_REPLACED

These collectibles have been around for a while now, but the idea sparked renewed interest after many celebrities started posting them on social media. Not all “damn dolls” are created equal though, so be wary of what you’re buying before making a purchase.

Like many of us, I like to play something frightening around this time of year to get into the Halloween mood. After playing Visage, Resident Evil Village, and Little Nightmares II recently, I decided to go for something fresh and less well-known. That’s when I came across Damn Dolls, a game created by a single creator, Rodrigo Riquetto. To be honest, I had no illusions that this would be anything close to a masterpiece, but I was astonished by how bad it is.

When the game provides you its idea with a wall of text riddled with grammatical problems, I knew I was in for a miserable experience. The “narrative” of Damn Dolls is that you are Suzi, and your closest friend Ana has disappeared. All you know is that Ana was spotted near an abandoned home in the woods, and the property’s last owner was slain by locals for reportedly kidnapping and murdering a girl.

From the opening screen, I could tell things were going to be tough.

That’s all; you’ve been given nothing else. What’s more weird is that none of this seems to be related to your experience. It’s as if the developer created the game and then realized that it needed a narrative to go with it. Then, at the last minute, he added one on to that initial screen of text to give it some appearance of a storyline. In actuality, Damn Dolls is nothing more than a game in which you wander from room to room attempting to figure out how to get past certain dolls and go farther into the home.

A cartoony clown doll following you with its arms flapping about like a funny waving inflatable arm flailing tubeman is more amusing than frightening.

It’s precisely what I described previously in terms of playability. Damn Dolls is a first-person “horror” game in which you must walk from room to room, avoiding hazards such as the different dolls scattered about the home. You have a gun and a flashlight, but your ammunition is limited, and you can only use it on opponents. You’ll have to depend only on trial and error to figure out which adversaries are susceptible to gunshots.

In fact, it pretty much sums up the whole game: employ trial and error to navigate through the mansion alive. You’re going to die a lot. Thankfully, all progress you’ve made in prior efforts in Damn Dolls will be saved if you die. At least, for the most part. You’ll still have to recollect your munitions from time to time, but they’ll be gone for good after you’ve uncovered anything or removed an opposing danger.

The sad gingerbread guy is definitely my favorite of all the enemies.

Unfortunately, it is about the only thing I can say about Damn Dolls that is good. Because there is no obvious indication of where to go or what to accomplish, this game may be quite irritating at times. I knew I needed to find something during one section, and I had combed every conceivable area of the home multiple times in vain, attempting to locate the item I was missing. Then, by chance, I discovered it while attempting to avoid touching a candle caused the bookshelf to slide slightly, revealing a secret area. The level designs aren’t innovative; instead, they’re grating.

By inadvertently touching the bookshelf, I uncovered this chamber.

The visuals aren’t much better. The best I can say is that several of the assets seem to be okay from afar, and a couple of the doll death animations have clean textures. The remainder of the game, on the other hand, is a muddled jumble. Much of Damn Dolls seems like it belongs on a system from a previous generation. The ghost that leaps out at you as a jumpscare after touching a candle is my favorite example of this (since it’s so terrifying). I believe it is a burnt body, although it just seems to be a primitive torso coated in dirt.

Is this a burnt soul? Is that a pile of dog kibble? You make the call!

The sound section makes some strange design decisions as well. The music, for example, sounds like someone is learning to play the trumpet for the first time. Not only that, but it’s made up of just one brief song that’s played in a loop. The jumpscare sound effect imitates an electric doorbell that has run out of battery. You’ll also hear the dolls’ constant chuckles, which sound like sped-up dolphin sounds. It’s more successful at making you laugh than terrifying you, exactly like the rest of the game.

I expected Damn Dolls to be a horrible game, but I wasn’t expecting it to be as awful as it was. However, the fact that it’s so bad is somewhat endearing. I feel awful criticizing it since I know it was created by a single individual, but the scares fall flat in every manner. If you’re seeking for a true horror experience, I wouldn’t suggest Damn Dolls, but if you want to play a game that’s amusing in a “so terrible it’s enjoyable” kind of manner, it’s worth a try.

Damn Dolls is now available on PC and Nintendo Switch.

On Switch, the game was reviewed.

The publisher sent a copy of Damn Dolls. 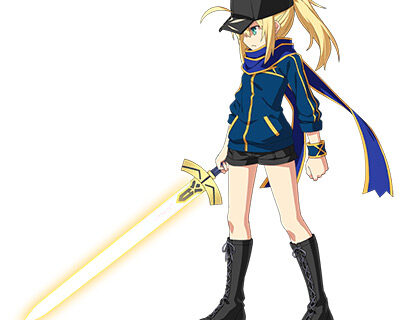